Welcome to the Basketball Academy

Itchen College has developed one of the top basketball academies in the country over the last 5 years and through a strong partnership with Solent Kestrels (the third biggest club in England), we offer an elite pathway to talented 16-19 year old students.

Itchen College basketball was awarded AASE status in 2013, which is the highest standard a sports academy can achieve.

The Basketball Academy can offer you:

What is the AASE?

The Advanced Apprenticeship in Sporting Excellence (AASE) is designed to meet the needs of elite athletes aged 16-19 who wish to continue their sporting career and gain qualifications at the same time. It is a two-year programme where apprentices receive additional support and guidance for their basketball development and education.

The AASE is aimed at athletes 'who have the realistic potential to achieve excellence in their sport and are seeking to perform at the highest level as their main career goal.'

The programme has also been designed to give students the skills, knowledge and qualifications to pursue a secondary or supplementary career such as: coaching; sports development; fitness instructing; or entering higher education.

The college takes great pride in its basketball by supplying physiotherapy and strength and conditioning sessions so that you can stay in peak condition throughout the year. As well as Academy time, extra training sessions are put on throughout the week in order to give the team the best chance of winning. Itchen has the best basketball programme in the south and it works very hard to maintain that status.

Itchen College is a proud member of the Elite Academies Basketball League (EABL)!
Itchen has won the Hampshire League & Cup every year since 2009! 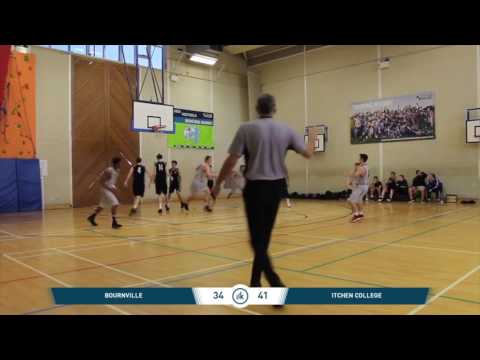 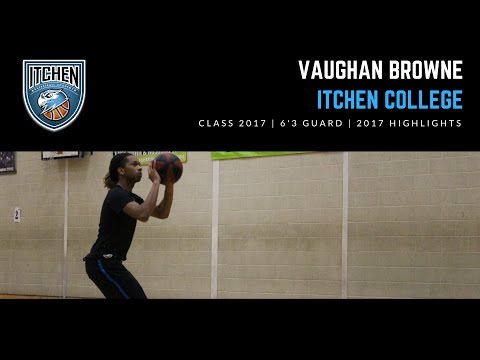 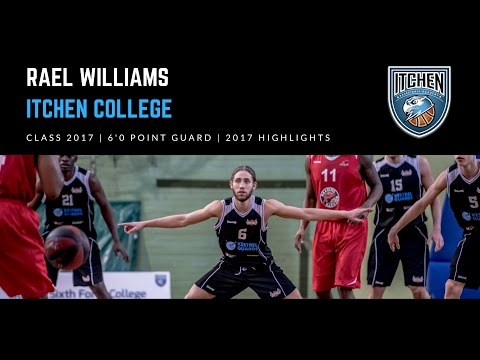 "Itchen was a long way for me to travel as it was not my local college but, after looking at what their Basketball Academy offered, I knew I had to be at Itchen if I wanted my basketball to progress. I was right - Itchen allowed me to practice with other players who could push me in training. I could get on the court every morning for individual workouts and I made best friends through the academy. Our coaches were very experienced, pushed us to be the best we could be and entered us in competitions that challenged us as players. This not only improved me as a player, but made me mentally tougher.

"The AASE programme at Itchen was brilliant. It helped me think about the importance of nutrition, strength and conditioning, and was really supportive when I was injured and need physio treatment. One of my best moments was being selected for the U19 AASE England team and going to Denmark with them."

"My time at Itchen was eye opening to the world of what a student athlete is like. It was the hardest three years of my life, being pushed physically and mentally, but with the help of my coaches and teachers it was broken down so I could develop both in the classroom and on the basketball court. I was then able to achieve a scholarship to the USA for basketball."

From Friday 21 to Sunday 23 April, our ladies basketballers have been playing in Nottingham for the AoC National Championships.  The ladies have already won…

Itchen Coach Awarded 'Coach of the Year' for the Second Time

Congratulations go to our Basketball coach, Matt Guymon, for being awarded 'East Conference Coach of the Year' by the EABL (Elite Academy Basketball League) for…

Matt Guymon is the head of the AASE and men's Basketball Academy and also is Head Coach for the Solent Kestrels Basketball Club. Matt was able to achieve a successful playing career earning a scholarship to America and also representing his country at all levels he turned to coaching in 2012, where he has focused on junior development.

Vicky Milner is a qualified Level 3 Head Basketball Coach with 15 years experience of coaching National League and Regional Basketball. She has come through the Solent Sun programme playing senior women's from a young age and representing her region at all age groups.