The faculty of Protective Services, Law & Criminology is exciting and diverse in subject content, offering its students a variety of opportunities.

Law and Criminology allow students to take an academic route into the legal professions and higher education. Extra opportunities include links with universities, and trips to the Houses of Parliament, The Supreme Court and Southampton's Law Courts.

Our Uniformed Protective Services Academy provides a realistic environment for those wishing to enter the uniformed protective services after college. The dynamic teaching team have extensive uniformed service experience to draw upon and students regularly go on enrichment trips to compete against other colleges, work with the services and complete extra-curricular qualifications such as the Duke of Edinburgh's Award.

Please scan the above QR Code to be taken to our Uniformed Protective Services online shop. Alternatively, please click here.

It has been an amazing two years, Itchen College has helped me grow into a mature student ready to go to university.

Diploma for Entry to the Uniformed Services (double award)

The Duke of Edinburgh's Award 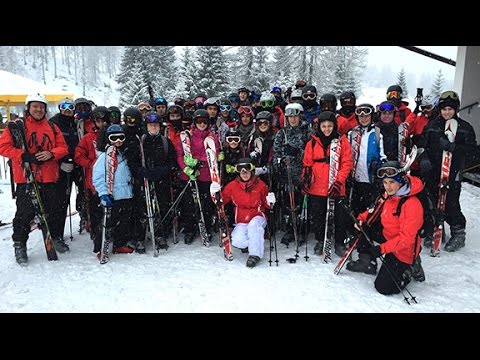 Daisy-May knew she wanted to enter the military when she started at Itchen and tailored her studies around her goal. Studying Protective Services (double award), she also took Fitness Instructing, the Duke of Edinburgh's Award and Life Drawing as enrichment subjects.

Fraser studied Criminology, Law, Business and IT during his three years at Itchen.

Leaving with four Distinction* grades and a goal to work in criminal investigation, he went on to the University of Surrey where he is currently studying Criminology.

Students from the faculty of Protective Services, Law & Criminology recently visited Shepton Mallet Prison to take part in a tour and other fun activities.…

On the 22nd June, our Uniformed Protective Services Academy had their Graduation ceremony. A wide range of awards were on offer, which were presented by the…

Our Uniformed Protective Services Academy have taken part in an Army Careers Day on-site here at Itchen Sixth Form College!Workshops and drills were being run…