Visual & Performing Arts is an exciting and dynamic faculty which enables students to grow in confidence and develop their skills in all areas of the arts.

As part of our Creative Arts Academy, you will have access to professional facilities including a dark room and photography studio, recording studios and state-of-the-art dance and drama rehearsal and performance spaces. The faculty also provides enrichment opportunities throughout the academic year, such as performing in public showcases, national and international trips and learning from professional masterclasses.

I owe a huge portion of myself to Itchen in discovering my enthusiasm for acting. At college I really discovered what my interests are, what career I want to pursue and who I really am. Itchen College is a nurturing and fully supportive environment to learn in; if you're willing to give 100%, Itchen College will give you double. 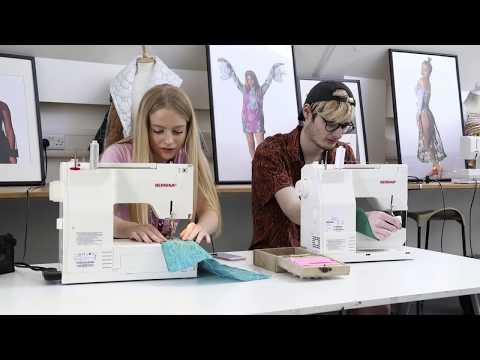 Kyron was an outstanding Performing Arts student and has taken part in several performances and showcases during his time at the college.

Kyron is going to the prestigious Urdang Academy to study Musical Theatre and Professional Dance, and was awarded a £10,000 scholarship by Urdang.

He commented, 'Never in a million years would I have thought I would have been accepted into such a prestigious performing arts school with a scholarship of £10,000!’

Eugenia arrived at Itchen from her home country of Italy two years ago to study A Level Graphics, Fine Art and Italian and has flourished during her time in the UK.

She is now preparing to move onto higher education and after initially accepting a place at the University of the Arts London, Eugenia was won over by the University of Milan. She will be studying Art and Design with a speciality in Illustration, and part of her studies will be spent working alongside Italian high-end fashion house Missoni.

Tickets are now available for our college performance, Divorced Beheaded Live! Showing on the 15th and 16th of December at 7pm. Under 10s if accompanied by an…

Some of our Creative Arts Academy recently attended a talk from guest speaker Andy Vella, a famous graphic designer notable for producing the majority of The…

Itchen College student Elliot Broomfield has created a fantastic piece of artwork titled ‘A / Neurotypical Day’, which was produced as a visual representation…

Kate Matthews - Head of Faculty for Visual and Performing Arts